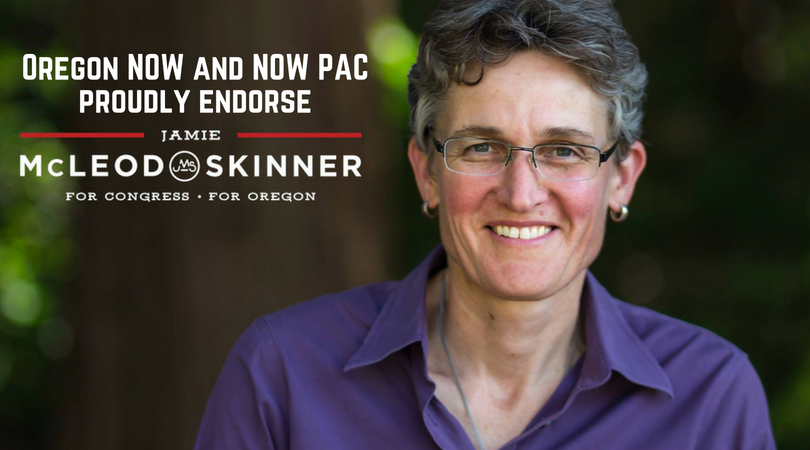 McLeod-Skinner is a rural Democrat with a background rooted in the district and public service, including international school and health clinic engineering projects.

Logging over 30,000 miles traveling across the district before the May primary, including attending the Oregon NOW Annual Meeting in April, McLeod-Skinner demonstrated her commitment to the people and communities in Oregon’s Second District. McLeod-Skinner had this to say about that commitment:

“The first job is to show up. Show up, listen, and work together to overcome the challenges we face. We need to build partnerships between the public, private, and nonprofit sectors and the Tribes. That’s the key to good governance. And that’s one of Greg Walden’s weaknesses.”

Winning 42% of the vote against six Democratic challengers for House District 2, McLeod-Skinner proves a strong candidate to unseat Representative Greg Walden. If elected, she would be the first woman to represent the district.

McLeod-Skinner’s priorities, if elected, include healthcare, a path to citizenship for undocumented people and Dreamers, and affordable housing. And Oregon NOW is confident that, if elected, McLeod-Skinner will be a strong voice for women and girls in Oregon.

Sign up here to receive updates from Oregon NOW!

Oregon NOW is the state chapter of the National Organization for Women. We work on behalf of NOW members in Oregon to achieve equality for all women and girls and to amplify the work of justice-seeking organizations.

Learn more about us.